In a time of unthinkable tragedy and sadness, hardship and loss – so close to home and around the world – let us remember that each of us can make a difference. In fact, the inspiration for this year’s Fuss Family holiday card is The Ripple Effect.

It’s something we’ve all done, most likely when we were children. Toss a stone into a pond and watch the expanding concentric circles of the wave pattern spread out.

The stone disappears beneath the surface immediately with a satisfying ‘plunk’ sound. But from that single point of entry the ripples move across the water towards the far ends of the pond.

There’s a simple beauty in this small lesson about the physical world that delights us when we first experience it.

Once we’ve seen it, the ripple effect may seem so obvious, so self-evident that we stop thinking about how marvelous it really is.

There’s another kind of ripple effect that’s equally marvelous and that’s the impact one person’s actions can have as they spread out into the wider community.

One of those steps began when we encouraged friends and family members to participate with us on the annual Overnight Walks sponsored by the American Foundation for Suicide Prevention. This was about raising awareness and raising money. The money raised helps fund research, programming and advocacy.

Equally as important – perhaps more important – is how each member of the Tommy Fuss Team reaches out to their network of friends and family. For donations and support, of course. But also spreading the message, shining a light on a mental health topic that’s too often misunderstood, avoided or ignored with tragic results.

This expanding circle of influence and knowledge – the ripple effect of this small group of dedicated volunteers always reaching outward – is what we’d like to celebrate this Holiday Season. The ripple effect – simple, beautiful and yes, marvelous. 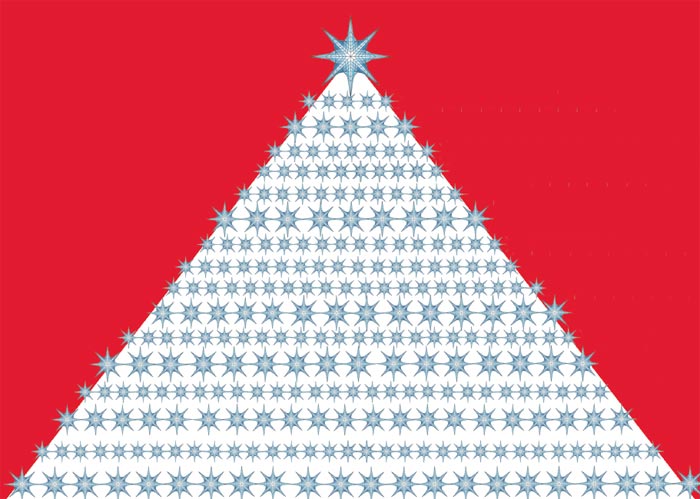 This Fall RoseMary was introduced by a friend to a Margaret Mead quote which resonates with this theme and is incorporated in her recent art work. 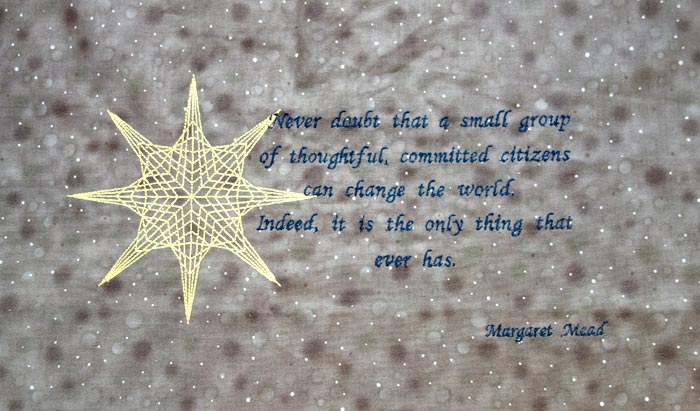