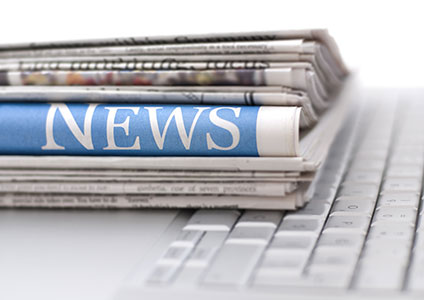 On this page we’ll be posting links to articles and information that will help our visitors gain a broader perspective of issues important to us. We will look across the wide spectrum of suicide research, adolescent brain development, and the diagnosis and treatment of depression, anxiety and other mental illnesses. For more links, please see our News Archive page.

University of Utah Health researchers have identified some genetic factors that may increase a person’s risk of dying by suicide, according to the results of a newly published study.
Variants in four genes — known as APH1B, AGBL2, SP110 and SUCLA2 — were identified as being noticeably associated with suicide risk, according to the study published in late October in the peer-reviewed scientific journal Molecular Psychiatry.

The findings strengthen existing research linking genetics and suicide, and could have implications leading to “new treatments for those who suffer,” said Dr. Douglas Gray, the senior author of the study and a professor of psychiatry at the U.

It’s a common thought that during the holidays, suicides go up. But, according to the Centers for Disease Control as well as Psychology Today, that just isn’t the case.

In fact, national suicide rates are at their lowest in December.

“The Annenberg Public Policy Center has been tracking media reports on suicide since 2000,” the CDC says on its website. “A recent analysis found that 50% of articles written during the 2009–2010 holiday season perpetuated the myth.”

The CDC says suicide rates peak during the spring and autumn months and that pattern has not changed recently.

The CDC goes on to say that the myth surrounding an increase in suicides may actually harm suicide prevention efforts. Suicide, the CDC says, is preventable.

Serious infections during childhood have been tied to a subsequent increased risk of mental disorders in a new study.

Less severe infections treated with anti-infective medications, like antibiotics, were associated with increased risks of 40% and 22%, respectively, the study found.

“The surprising finding was that the infections in general – and in particular, the less severe infections, those that were treated with anti-infective agents – increased the risk for the majority of mental disorders,” said Dr. Ole Köhler-Forsberg, a neuroscientist and doctoral fellow at Aarhus University in Denmark, who led the study.

There are a lot of misconceptions surrounding depression.

Depression is a common mood disorder that can make even daily activities difficult.

Although 40 million people in the US suffer from depression, many don’t know much about the disorder.

Depression can happen to anyone at any age, regardless of their gender.

Medications are not the only treatments for depression — others include therapy and lifestyle changes.

According to the National Institute of Health, depression is a common but serious mood disorder that causes severe symptoms. These symptoms — feelings of hopelessness, sadness, irritability, and decreased energy, among others — affect how you feel, think, and handle daily activities, such as sleeping, eating, or working.

For those who are not familiar with what depression, chances are they have a lot of questions.

To help you get a better understanding, here are 10 commonly asked questions – and their answers – about depression.