President Obama opens a National Conference on Mental Health stating that the main goal of the conference is to elevate the conversation about mental illness to a national level and bring mental illness out of the shadows. 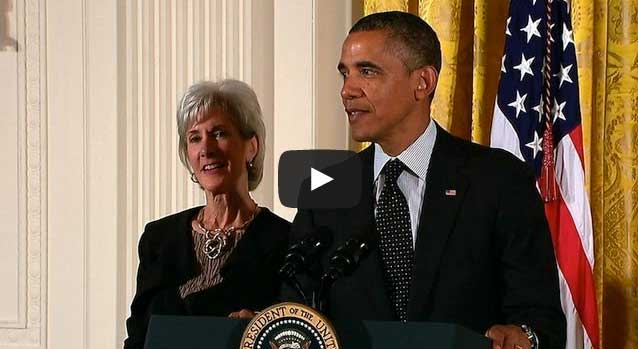 For a transcript of the President’s remarks go to:
http://www.whitehouse.gov/the-press-office/2013/06/03/remarks-president-national-conference-mental-health

For a video of the President’s remarks go to:
http://www.politico.com/politico44/2013/06/obama-destigmatize-mental-health-issues-165254.html

The government provides an excellent resource on the subject of mental health at this web site www.mentalhealth.gov. Go there to learn about the myths and facts of mental health and to find resources and information – including a treatment locater and immediate help options.

Tweets from the President and the White House were issued in conjunction with the National Conference on Mental Health: 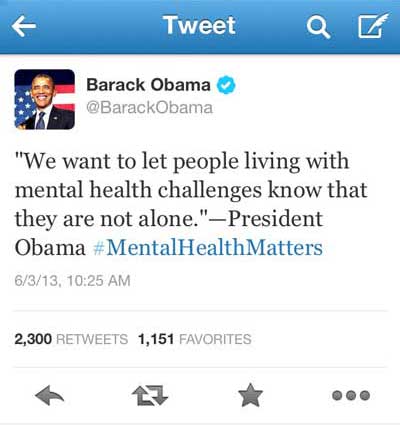 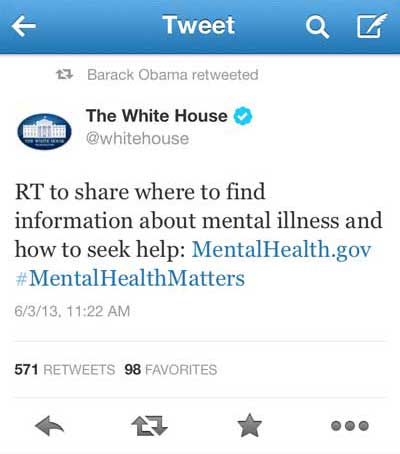